The Air Squat The Box Step-Up The Push-Up 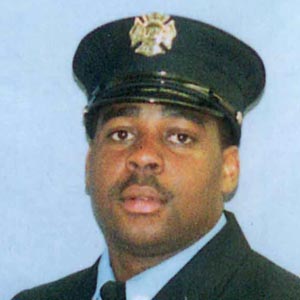 Background: This Firefighter Hero WOD is dedicated to Keithroy Maynard, FDNY, Engine 33, who was killed on September 11, 2001.

Walking up Seventh Avenue past 11th Street, it’s difficult not to notice that the block between Seventh and Eighth Avenues has been renamed in honor of Firefighter Keithroy Maynard. So who exactly is he, and why is the street renamed in his honor?

Keithroy Marcellus Maynard was born in the Carribean island of Montserrat in 1971, and moved to East Flatbush with his family at age 15. Following in the footsteps of his father, Reynold, who was a New York City firefighter for 36 years and Montserrat’s fire chief for four, he joined the NYFD in 1999. He was first assigned to Engine 220 in Park Slope, and later Engine 33 in the East Village.

As one of the few African-American members of the NYFD, he joined the Vulcan Society, a group of firefighters who travel to predominantly black neighborhoods in an effort to recruit more African-American members. He became the youngest member of its executive board, helped hopefuls train for the written and physical exams, and inspired many to join the force.

On September 11, 2001, Maynard was killed while evacuating the north tower of the World Trade Center, along with six others from Engine 33. Three years later, his identical twin brother switched careers and joined the Houston Fire Department in his memory, and Maynard’s 16-year old son, Keithroy Jr., plans on following in his footsteps.

Today, the block that’s home to Engine 220, 11th Street between 7th and 8th Avenues, has been renamed in his honor.