The Deadlift The Overhead Squat The Shoulder-to-Overhead 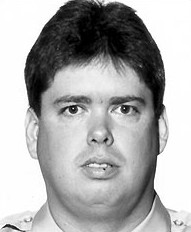 This Firefighter Hero WOD is dedicated to Charles Mendez, FDNY, Ladder 7, who was killed on September 11, 2001.

Charles Mendez, 38, of Floral Park, was part of the New York City Fire Department's Ladder 7 in Manhattan. The last pictures of him show him in his uniform on Liberty Street. "He loved being a fireman," said his mother, Doris, of Gerritsen Beach in Brooklyn, where Mendez, known as "Chuckie," grew up swimming and playing beach volleyball. He had been at the same firehouse since joining the department in 1993.

He also loved spending his summers in a rental in the Hamptons, where he met his wife of two years, Kerri. A friend told his mother that on the days the vacationers would have to come back to work "it was Chuckie who would be the first up to make breakfast," she said. She attributed his cooking skills and his appetite to his time in the fire department. "He was a fussy eater all his life, and all of a sudden he was eating everything. He became a cook," she said with a chuckle. His father died when Mendez was 21 and he, the oldest of five, was a mainstay, helping out emotionally and financially, his mother said.

Mendez also was close to his niece and nephew. He took them to the Macy's Thanksgiving Day Parade and liked to take them to see cartoons - which he wanted to see as much as they did, she said.

His big heart is what she remembers most about him. "He was for everybody else. He thought a lot about other people," she said. Although the horror of Sept. 11 has dwindled in most people's consciousness, for those who lost someone, "it's like it happened the same day," she said. "You sort of calm down and then it sort of comes back again."
Source: www.555fitness.org
No Ads (Upgrade)