With a running clock, as fast as possible (“For Time“) perform the prescribed work in the order written for 10 rounds. Wear a Weight Vest throughout the workout.

The Air Squat The Devil Press The Lunge 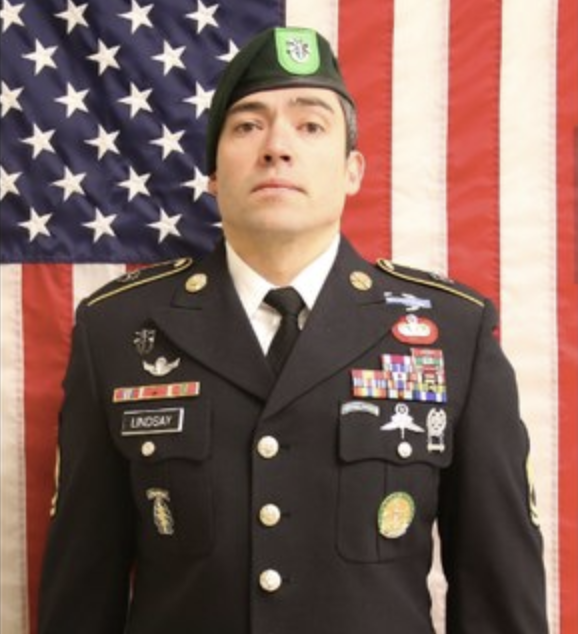 Background: This Hero WOD is dedicated to Sgt. 1st Class Will D. Lindsay, 33, who paid the ultimate sacrifice on March 22, 2019.

Sgt. 1st Class Lindsay was a Green Beret of the 2nd Battalion, 10th Special Forces group, on his seventh combat deployment when he was killed by small arms fire during a firefight in Kunduz province, Afghanistan.

A recipient of five Bronze Star medals and a Purple Heart, SFC Lindsay was well-recognized for his leadership abilities and combat skills.

SFC Lindsay is survived by his wife and four daughters.

We first found this workout posted on competitive athlete Josh Bridges’ YouTube channel (@bridgesj3) on May 19, 2019. As Bridges describes it, he was approached by a close friend of SFC Lindsay’s, identified only as “Evan”, during a fitness expo in Utah. During their conversation, Evan told Josh about SFC Lindsay and requested Josh create a workout in his name.