Simultaneously start a running clock and a tabata timer. Upon completing the tabata air squats (8 rounds of 20 seconds of work, 10 seconds of rest), move directly to the snatches. After completing the snatches, re-start the tabata timer and perform tabata push-ups. Finally, complete the thrusters. Score is total time to complete all the work and your total number of repetitions for all movements.

The Air Squat The Push-Up The Snatch The Thruster 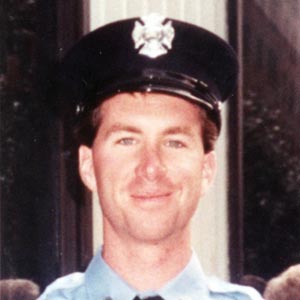 This Firefighter Hero WOD is dedicated to Vincent Kane, FDNY, Engine 22, who was killed on September 11, 2001.

Firefighter Kane, 37, grew up in Breezy Point, Queens, where he became a volunteer fireman at 17. “He was always giving,” Mrs. Kane said. He loved to play tunes by the Grateful Dead or the Beatles on his guitar. His neighbors on East 80th Street, who nicknamed him “the Mayor,” listened for the music wafting softly from his apartment late at night.

He kept a guitar in his locker at the firehouse, too, and would sometimes announce to his colleagues that he was heading out to play it in the park. “I used to tell him he was staying as far away from the normal firefighter stereotype as he possibly could,” Mr. Ruddick said.