The Pull-Up The Thruster 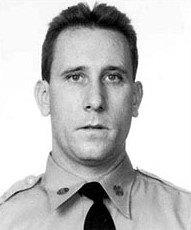 This Firefighter Hero WOD is dedicated to Thomas Kelly, FDNY, Ladder 105, who was killed on September 11, 2001.

Firefighter Thomas R. Kelly, 39, of Riverhead, was assigned to Ladder Company 105 in Park Slope, Brooklyn. His unit, which lost six members, was last seen in the lobby of the south tower. Kelly’s remains were never found.

By the time Bob Kelly’s Queen’s firefighting unit arrived at Ground Zero, the towers had collapsed. Bob knew his brother Thomas was at the scene.

“While doing my job, I had one eye on my brother’s ladder company,” said Kelly, 52, of Oceanside, who retired from the FDNY in 2004. “After a few hours looking, you knew it wasn’t looking good. I was down there working just about every day. Within a week we knew they were all dead.”

To help him cope with his brother’s death, Kelly counseled firefighters in the following months. “I became a peer counselor, first working at the site, making sure the guys were mentally OK,” Kelly said. “Then I visited firehouses. It gave me an outlet to share what I was going through; to try to comfort the guys a little.”

Thomas Kelly was close to his sister, Jean Marie Farrell of Rockville Centre. “He was a great friend to me and I leaned on him a lot when my kids were little. My husband traveled a lot and my brother stepped in,” Farrell said. “At the beginning, it was like losing my right arm. It was rough, but he gave me so many memories to see me through.”

One of four children, Thomas Kelly was a mischievous boy who enjoyed making everyone laugh, Farrell said. As a child, he’d wait for the adults to turn their backs and then ditch his food in the kitchen drawers if he didn’t like it.

He once locked his cousin out of school at St. Mary Gate of Heaven in Ozone Park, Queens, leaving him out on the roof. At their grandmother’s wake, Kelly dredged up old stories that got everyone chuckling uncontrollably.

“We all wind up having the hiccups, not from crying but from laughing,” Farrell said. “He celebrated life through laughter. He could find humor in any situation.”