“The Man in the Red Bandana”

With a running clock, as fast as possible perform the prescribed work. 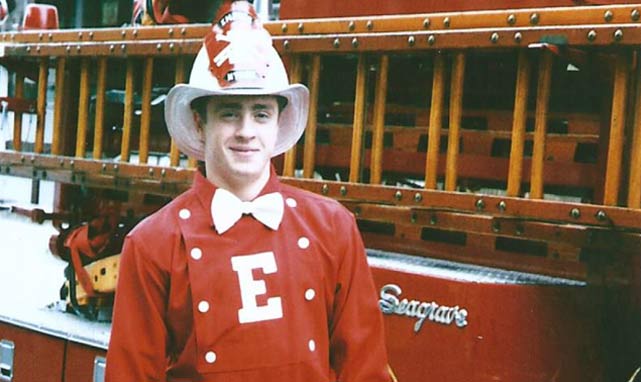 Background: This workout is dedicated to Welles Crowther as well as the 343 firefighters who lost their lives in the terrorist attacks on September 11, 2001.

Crowther was an equities trader and a volunteer firefighter known for saving as many as 18 lives during the September 11 attacks in New York City. While carrying a woman on his back Crowther made his way to the 78th floor of the South Tower where he encountered a group of survivors who followed him 17 floors down where he dropped off the woman he was carrying before heading back up to help more people.

When he returned to the 78th floor he had a red bandana around his nose and mouth to protect himself from the smoke. He was last seen assisting members of the FDNY to administer first aid and put out fires before the South Tower collapsed at 9:59 am. He was 24 years old.