The Lunge The Push-Up The Run (Running) 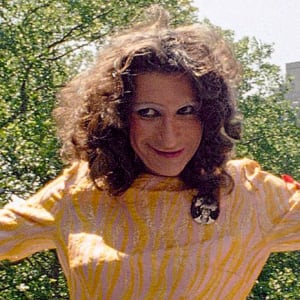 Background: This tribute workout is dedicated to Sylvia Rivera, one of the many transgender, Latinx trailblazers in LGBTQ+ history.

Born of Puerto Rican and Venezuelan descent, Sylvia was abandoned by her father early in life and became an orphan after her mother committed suicide when Rivera was 3 years old. She began living on the streets at the age of 11, where she joined a community of drag queens.

After the Stonewall uprising in ‘69, Rivera joined the Gay Activists Alliance (GAA) and worked to pass the NYC Gay Rights Bill. She was famously arrested for climbing the walls of City Hall in a dress and high heels to crash a closed-door meeting on the bill.

In time, the GAA eliminated transgender concerns. Years later Rivera told an interviewer, “When things started getting more mainstream, it was like, ‘We don’t need you no more’.” But, she added, “Hell hath no fury like a drag queen scorned.”

Sylvia Rivera was a persistent and vocal advocate for transgender rights. Her activist zeal was fueled by her own struggles to find food, shelter, and safety. In ‘70 Rivera and Marsha P. Johnson co-founded STAR (Street Transvestite Action Revolutionaries) to help homeless youth.

Rivera died on February 19, 2002 of complications from liver cancer

In ‘05, an intersection in Greenwich Village near The Stonewall Inn was renamed in Sylvia Rivera’s honor.

We first found this workout posted by OUTAthletics @out.athletics (formerly OUTWOD) as part of their Queer History WOD series.