With a running clock, as fast as possible complete the prescribed work. Athlete will start with 5 rounds of 8 Thrusters and 70 Double-Unders. Then, complete 49 Burpees. Finally, athlete must perform 8 rounds of 24 calorie Row and 19 Devil Presses to finish the workout.

Score is the time on the clock when the last round of the Devil Presses is completed. 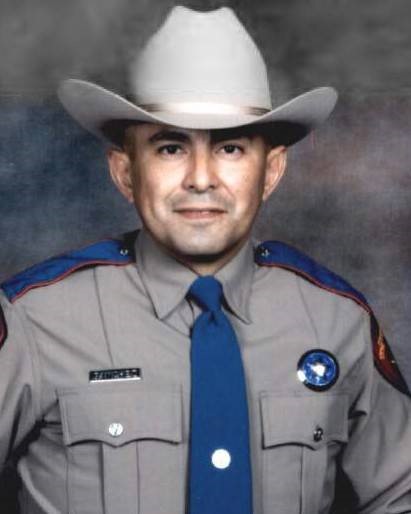 Background: This workout is dedicated to Trooper Moises Sanchez who passed away from complications of gunshot wounds on August 24, 2019.

Sanchez had responded to a hit-and-run vehicle crash at the intersection of N 10th Street and W Freddy Gonzalez Drive in McAllen, Texas. He located the suspect approximately one block away and attempted to take him into custody. The subject shot him in the shoulder and head during the arrest.

Trooper Sanchez was transported to a local hospital with serious injuries. He succumbed to complications of his wounds on August 24th, 2019, following surgery. The suspect was arrested following a manhunt. He was charged with capital murder after Trooper Sanchez passed away.

He had served with the Texas Highway Patrol for four years. He is survived by his wife and three children. In October 2019, the corner where he was shot was renamed Trooper Moises Sanchez Blvd.

The workout was designed by Texas State Police Officer Bobby Flores, CF-L1. He personally assisted with the manhunt during the incident.

The rep scheme signifies:
– 5-8-70 reps for Trooper Sanchez’s birthday on May 8, 1970
– 49 Burpees to reflect his age at the time of his passing
– 8-24-19 reps for the date when Trooper Sanchez passed away
– Devil Press from the nickname of US Marines “Devil Dogs” since Trooper Sanchez was a former Marine.