You have 10 minutes for 3 attempts at max total double kettlebell half snatches. ON your first attempt, don’t go all out as you know that you’ll have 2 more attempts to come.

Half snatches are where the kettlebell is snatched up overhead and then dropped into racking before the next rep.

The only task that is scored are the double kettlebell snatches. The reps of all three attempts are added and used as the final total score for this WOD.

UKC: Replace the snatch with clean and push press.

Strength: Replace double bell work with single and repeat the sequence on both sides

Power: Replace double bell work with single and repeat the sequence on both sides

Beginner option for the final task is single kettlebell work with only one switch per attempt. 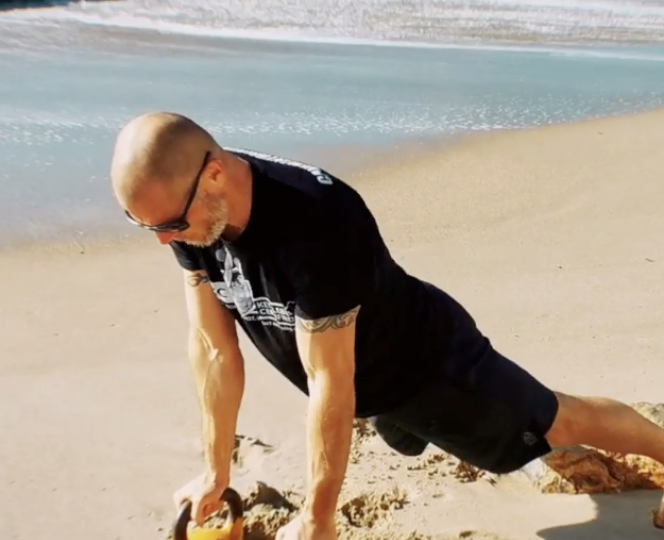 Background: The Ragnarök WOD is a battle within, will you give up, or will you continue? The endurance during the unbroken sets will have your mind want to give up before you body does. The same mental strength you call upon to complete the cardio part of the WOD will be required to set a good score in the last part of the workout. The workout has parts of several popular WODs, the good old UKC from Colossus WOD, the Pace Maker, and a mix from the Asgard.

Intended Stimulus: The workout starts with bodyweight followed by cardio for a good warm-up, followed by strength, and ends with power. There is a good 4 minute rest before the power work.

Strategy: It’s all about this final task, rest as long as you need but plan it so that you’ll be able to take another rest and have just enough time to give it your all in your last attempt.