Decrease the deadlifts by 1 rep every round and increase the burpees by 1 rep until you do 1 deadlift and 10 burpees. 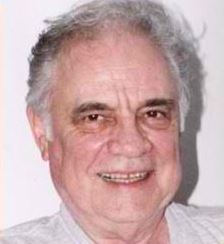 This Firefighter Hero WOD is dedicated to Philip Hayes, FDNY, Engine 217, retired, who was killed on September 11, 2001.

On Saturday, Laura Froehlich will take the trip with her family from Long Island to New York City just as her father had done every day for most of his life.

Philip T. Hayes was an FDNY firefighter with Engine 217 in Brooklyn from 1959 to 1979 and after retiring he continued work in the city, dealing with importing and exporting. In 1995 he took a job as fire safety director at the World Trade Center.

On Sept. 11, 2001, Hayes, 67, died while working at the towers. His family would later learn that he helped rescue children from a daycare center in 5 World Trade Center. After bringing the children to safety, he was seen running into the South Tower to try to evacuate the building.
Source: 555fitness.org
No Ads (Upgrade)