Score is the total number of repetitions completed in all eight AMRAPs. 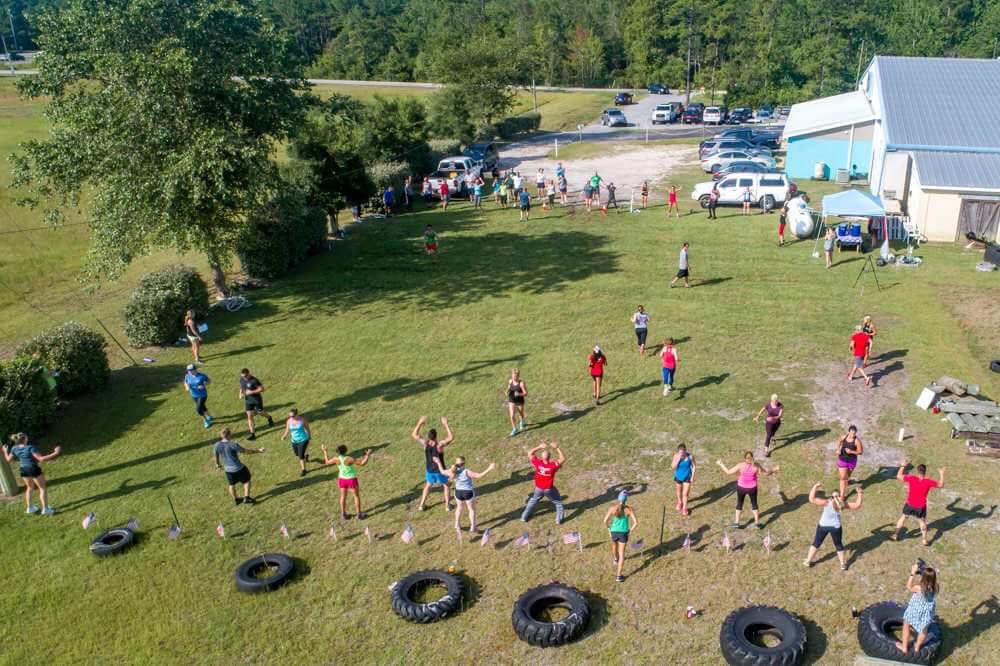 Background: This memorial workout was created to honor 15 fallen US Marines and one Navy Corpsman who were involved in a KC-130 crash in Mississippi on July 10, 2017.

Six of the Marines and the sailor were from an elite Marine Raider battalion at Camp Lejeune, North Carolina. Nine were based out of Stewart Air National Guard Base in Newburgh, New York, home of a Marine Aerial Refueling and Transport Squadron.

Team Red, White and Blue (@teamrwb) of Camp Lejeune, NC partnered with a local gym, Coastal Fitness @coastalfitnesscenter (Hampstead, NC), to create and host this workout for the first time on July 22, 2017. They collected donations for the families of the fallen.

From Rachel Schwartz of Coastal Fitness, who designed the WOD: “The workout is based on the number 16 (16 minutes of continuous movements, 16 repetitions per set). [For the event] at one end of the field where the workout was held we had 16 American flags lined up to remind each participant why they were there, pushing themselves through such a challenging workout. We had about 50 people show up and everyone completed the workout! We even had deployed members of Team RWB complete the workout over seas.”