This is a partner workout with three 10-minute AMRAPs, where Partner A does as many reps as possible of the work prescribed for the current station while Partner B does the asterisked movement (Partner A may only work while Partner B is working). Partners move to the next station together after 10 minutes. Partners may switch as needed. 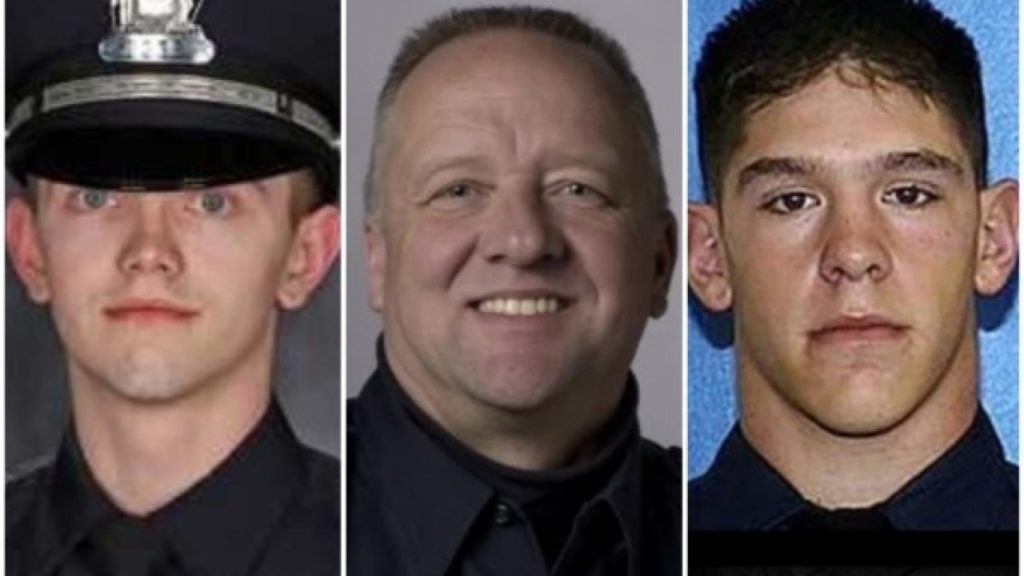 Officer Charles Irvine Jr., 23, died on June 7, 2018 after his patrol car was involved in a serious crash near 76th and Silver Spring Drive. At the time of the crash, Officer Irvine and his partner, Officer Matthew Schulze, 36, were in pursuit of a reckless vehicle. Officer Irvine was a police aide for two years and an officer for nearly two more.

Milwaukee police officer Michael J. Michalski died on July 25, 2018 while searching for a wanted man. During the search, the man was located and fled police on foot, eventually entering a nearby house. When officers attempted to follow the man, they were met with gunfire. Officer Michalski was shot and died from his injuries at Froedtert Hospital. He was 52.

Police Officer Matthew Rittner was shot while executing a search warrant at a home in the 2900 block of South 12th Street near West Dakota Street on Feb. 9, 2019. As the Tactical Enforcement Unit attempted to breach the apartment door the suspect opened fire with an AK-47, shooting through the door and striking Officer Rittner in the chest. Officer Rittner was a U.S. Marine Corps veteran of the War on Terror. He had served with the Milwaukee Police Department for 17 years. He is survived by his expectant wife and child.

The drive behind the creation came from a member of her gym and wife to an MPD officer, Heather, who requested Coach Nina program a memorial WOD as a means of not only honoring the officers but also to raise funds for the Police Unity Tour, an event where members of law enforcement ride bikes from various states to Washington DC for Police Week.

Heather wanted to ensure that enough funds were raised because she knew local Milwaukee officers would be riding in the Tour to see officers Irvine and Michalski’s names added to the National Law Enforcement Memorial wall.

According to Nina, the workout was originally programmed to accommodate a large group of people using limited equipment and various skill levels. The rep schemes are based on their badge numbers and it is a 30-minute WOD, dedicating 10 minutes to each officer. “M.I.R” is a partner workout, as many police officers work in pairs.

We first found this workout posted by Steve @spaull on Instagram.