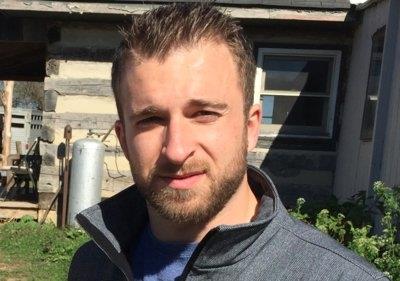 This memorial WOD is dedicated to John K. Stevenot, 28, born July 13, 1990 in Cincinnati, OH, died on October 5, 2018. John was a member and coach at CrossFit Conjugate, where his friends created workout to celebrate his life.

“John was an amazing young man and touched more people than we ever knew. He was active in his CrossFit community as a member, coach and friend. He participated in many CrossFit events and tied for first place in a recent competition; an achievement we are glad we were able to witness. John was on top of the world. He had recently begun an exciting new job, was at peak performance in his CrossFit regimen, had wonderful, loving relationships with his friends and family and was looking forward to enjoying Fall activities; his favorite time of year.”

Four different 7-minute AMRAPs equal 28 minutes of work to represent John’s age. 7 minute AMRAPs because his birthday was in the 7th month (July). 13 is the date of his birthday and was also his favorite/lucky number.

John’s favorite movements were also included. “If there is one thing that’s for sure, John loves to cycle a barbell whether it be snatches or cleans, that was his thing. John also loves gymnastic movements, specifically, pull-ups, toes to bar and muscle ups, so those were included as well. Overhead Squats because his girlfriend Erika specifically mentioned he enjoyed them. Push-ups because John would stay after class and always work on weighted push-ups. Burpees because he was really fast and good at them. Calories because he was always mentally tough and would grind it out on a bike or rower in long workouts.”

The son of Ted and Jan (Pruett) Stevenot, he is survived by his parents, his sister Sarah, and his brother, Thomas. He also leaves his maternal grandmother, Helen Pruett, of St. Louis, MO and his paternal grandparents, Joe and Martha Stevenot of Hudson, OH and girlfriend, Erika Cliett. He is also survived by many aunts, uncles, cousins, friends and his CrossFit community.