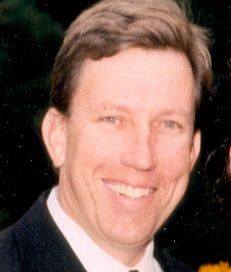 This Firefighter Hero WOD is dedicated to Glenn Wilkinson, FDNY, Engine 238, who was killed on September 11, 2001.

Glenn E. Wilkinson, 46, of Bayport, was a New York City firefighter lieutenant in charge of Engine Company 238 in Greenpoint, Brooklyn.

On Sept. 11, he had ordered his men out of the south tower, then discovered one man missing. Wilkinson went back into the building to rescue the missing firefighter. Wilkinson didn't make it. All his men survived.

Wilkinson's responsible act made his wife, Margaret, proud, but it also made her angry. Proud because her husband refused to leave a firefighter behind. Angry because her husband is not here to grow old with her and to watch their three children grow up to become successful young adults.

"And that was hard to accept in the beginning - that he had actually gotten out and went back," said his wife, known to family and friends as Margie, 54, of Bayport.

Raising the children alone wasn't easy, Margie said. She wished her husband, who loved being a father, was there to share the many moments of joy of being a parent.
"Of all the things he loved to do, being a father was definitely number one," said Margie.

One time, Margie dropped her son, Craig, off at a lacrosse practice. She told him that she would return to watch him play after she drop off his brother, Kevin.

"It's all dads. Mom, you don't have to come back," said Margie recalling what her son said. "It broke my heart. I said "Craig, I am all you have.'"

When her daughter, Kelsie, graduated from Marist College in Poughkeepsie in 2010, Margie could tell that she was doing her best to hold it together.

"She was just ready to fall apart," Margie recalled. "I knew she was missing him."

Kelsie, now 23, is a teacher in Brooklyn. Their sons, Craig, 21, is a senior at Ithaca College and studying to be an actuarial and Kevin, 18, plans to study political science at American University in Washington D.C. this fall.

Glenn had a favorite saying which has served as an inspiration for the hundreds of children who walk through Blue Point Elementary School where Margie used to work as a teacher's assistant. "It's nice to be important, but it's more important to be nice."

Seeing the firefighters run past him in lower Manhattan last Tuesday, Capt. Daniel Brethel shouted out a warning. "Firemen will die here today," he said. "Don't let it be you."

But it was Brethel, 44, who was among those who perished when the Twin Towers of the World Trade Center collapsed. He died when he pulled fellow firefighter Michael Weinberg under a truck as the towers came down. The force of the collapse on the truck crushed them both.
Source: www.555fitness.org
No Ads (Upgrade)