How do you score the "DT" workout?

Score is the time it takes you to complete 5 rounds.

What is a good score for the "DT" workout?

What are the movement standards for the "DT" workout?

Hang Power Clean: This variation of The Clean starts with the barbell in the "hang" position (anywhere above the knee). The landing position is a quarter or a half squat rather than a full-depth, below-parallel squat (like in a Squat Clean). Like any version of The Clean, you must reach full hip/knee extension at the top before you lower the bar back down to the starting position—which in this case is the "hang" position.

Push Jerk: In this variation of The Jerk, you'll receive the bar in a partial squat. Like any version of The Jerk, you must reach full hip/knee extension at the top before you lower the bar back down to the starting position—which in this case is the "front rack" position.

What are the tips and strategy to use for the "DT" workout?

Be strategic about when you put the barbell down in "DT." The place to rest during this WOD is in the middle of your sets of deadlifts and hang power cleans, and at the end of your sets of push jerks.

What is the intended stimulus of the "DT" workout?

This WOD should feel very uncomfortable. The sets should be mostly unbroken, which will make your hands/grip suffer--in a good way. The load should feel easy on the deadlifts, moderate on the hang power cleans, and tough on the push jerks. The load should be such that you can get through the first couple rounds unbroken. This isn't designed to be a heavy day, so scale accordingly.

How do you scale the "DT" workout?

The volume in this workout isn't supremely high (there are only 135 total repetitions) so the place to scale "DT" is (1) the load, and/or (2) the movement(s). Keep the same number of rounds and reps, but lessen the load of the barbell or lower the skill level of the movement(s) so you can perform these movements with virtuosity.

The Clean The Deadlift The Jerk 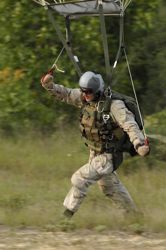 Background: In honor of US Air Force SSgt Timothy P. Davis, 28, who was killed on Feburary, 20 2009 supporting operations in OEF when his vehicle was struck by an IED. Timothy was survived by his wife Megan and his son, T.J., who was one year old when he passed.

“Heavy” and “Double” versions of this workout have appeared since then, including at the 2015 and 2016 CrossFit Games, which led to surges in the workout’s popularity.